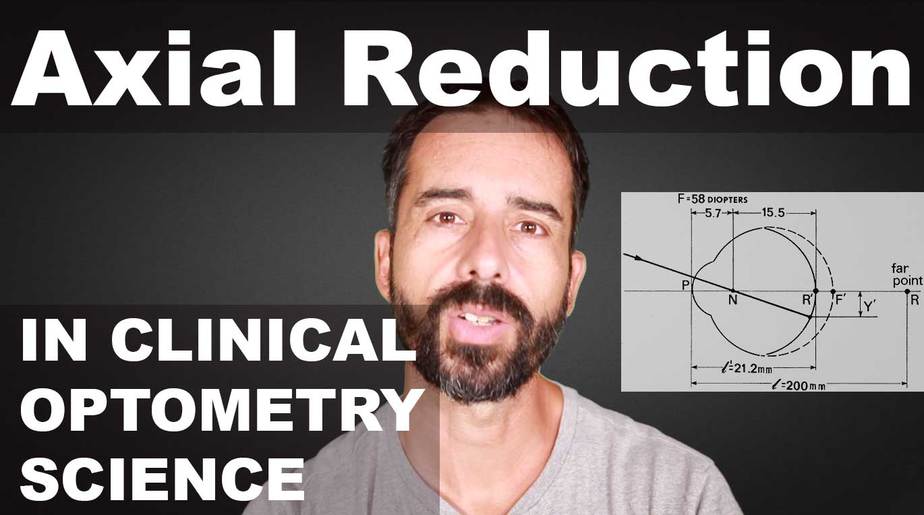 TL;DR: Human eyeball axial change goes both ways.  Yes it does.  Go to the end of this article for clinical evidence.

There are various levels of critic when it comes to endmyopia (and being awesome).

We should acknowledge and appreciate critics.  Arguing is a start.  Debate could lead to discussion.  Discussion may lead to new understanding.  It’s progress and we’re all for progress.

Odds of successful conversation depends a bit on the level of the individual critic:

There are the basic illiterate Youtube comments, on the ground level.  Some (many?) mainstream so-called professionals are also right there.  You can’t discuss serious topics like eyeball axial length reduction with the ground level types, because they don’t understand the underlying biological concepts (yet?).

These guys need to go and read up on high school basic biology and optics, before joining the big boy table and have grown up talk.  But then again the are arguing so maybe they’re curious and ready to learn!

Which means they might move up to the intermediate level critic:

Here we have various intermediate levels.  A lot fewer are here, with a reasonable understanding of some basic biology concepts.  Common among these is the belief that axial elongation just “happens” statically, not connected to stimulus in any way, and assume it’s all somehow connected to the body developing in childhood (overly simplistic thinking, this).

You’ll find quite a few among these kind of critics working in optic shops, selling ever increasing diopter lenses day in, day out.  Never questioning why this is happening right in front of them.

It can be difficult to understand why these guys don’t question things, since the same biology that discusses axial elongation usually also talks about the environmental stimulus that causes it.  And they keep seeing it first hand every day.  But fine.  This is the intermediate level.

And finally let’s move up to the advanced level of doubters:

Know It All Critic

These guys recognize that axial elongation may be caused by stimulus.   There’s a ton of clinical science that nods it’s collective head right now, saying yes darling.  Indeed it does.  We’ve been demonstrating this only for several decades.

Now these critics are almost there.  Read and studied, stopped just before getting all the way to the truth.   They might even agree that a zillion animal studies show that axial elongation isn’t just elongation, it’s axial change.  Goes both ways.  Elongation and reduction in length.

But they say, doesn’t work on humans.

Which is a quite strange argument, that out of all the things that are the same, just this one particular part of the biology just wouldn’t work on humans.  Everything else is common among all these various similar eyes in all sorts of species, but somehow excluding axial length reduction?

Of course that makes no sense.  But hey, these guys are close.  Just a wee bit more reading and they’ll get it:

Here we go.  Finally we get caught up with where clinical science is actually at, today.

This is the level any reasonably educated professional should be (ideal world, dream on Jakey).  They understand biology and optics, they read up on clinical science, they may have doubts about Jake’s claims and the method we use, but they know that axial change goes both ways.

These are the guys that it’s fun and productive to have discussions with.  We don’t need to go back with these guys and have remedial biology lessons first.

Let’s  have this particular clinical study discussion one in video format, since it seems that some prefer video.  Because Jakey’s prodigiously imposing guru-beard, no doubt.  Head on over to the Youtubes to see it, along with a relevant and extensive human study published in the American Journal of Optometry (full).  Published 30 years ago, no less.  Whoever medical professional hasn’t caught up on their reading yet, now’s the time:

Basic rule:  If Jake can figure it out, there’s no excuse professionals wouldn’t have.

If you’re going to be a troll you could start fishing with all the animal studies discussing axial change, first.  See if you get them to bite, have them tell you that all that works on every other known species with highly similar vision biology, but somehow not on humans.  Ask why this particular function seems to be excluded, and why only half of it.  And then, snap!, throw down the four aces cards of the human studies.

That wouldn’t be nice, though.  Let people keep some dignity.  Say it with a “as you know of course, human studies going back easily three decades have already discovered that axial change in humans goes both ways”.

The only real debate is whether Jake is nuts, and whether endmyopia has figured out how to use stimulus to reduce axial elongation.  That part, up for discussion.