Human Tetrachromat! This Woman Sees 99 Million More Colors Than You

Interesting story:Scientists have found a woman whose eyes have a whole new type of colour receptorShe sees 99 million colours more than the[...]

She sees 99 million colours more than the rest of us.

After more than 25 years of searching, neuroscientists in the UK recently announced that they’ve discovered a woman who has an extra type of cone cell – the receptor cells that detect colour – in her eyes.

According to estimates, that means she can see an incredible 99 million more colours than the rest of us, and the scientists think she’s just one of a number of people with super-vision, which they call “tetrachromats”, living amongst us.

Most humans are trichromats, which means we have three types of cone cells in our eyes.

Most people who are colour blind only have two functioning types of cone cells, which is why they can only see around 10,000 shades – and almost all other mammals, including dogs and New World monkeys, are also dichromats.

But there’s one doctor in northern England who has four cone cell types, taking the potential number of colours she can distinguish up to 100 million – colours most of us have never even dreamed of.

Identified only as cDa29, the scientists finally found this woman two years ago, but they’ve been searching for more than 25 year – and think there are more tetrachromats like her out there.

So how do you get a fourth type of cone cell?

The idea of tetrachromats was first suggested back in 1948 by Dutch scientist HL de Vries, who discovered something interesting about the eyes of colour blind people.

That meant they had four types of cone cells, even though only three were working normally – something that was unheard of before then.

Despite the significance of the finding, no one paid much attention to tetrachromats until the late ’80s, when John Mollon from Cambridge University started searching for women who might have four functioning cone cells.

Assuming that colour blind men pass this fourth cone cell onto their daughters, Mollon estimated that around 12 percent of the female population should be tetrachromats.

But all of his tests showed that these women could only perceive the same colours as the rest of us – which meant only three of their cone cell types were working, so they weren’t true tetrachromats.

Then, in 2007, neuroscientist Gabriele Jordan from Newcastle University in the UK, who had formerly worked alongside Mollon, decided to try a slightly different test to look for this super-vision.

She took 25 women who had a fourth type of cone cell, and put them in a dark room. Looking into a light device, three coloured circles of light flashed before these women’s eyes.

To a trichromat, they all looked the same, but Jordan hypothesised that a true tetrachromat would be able to tell them apart thanks to the extra subtlety afforded to her by her fourth cone.

Incredibly, one of the women tested, cDa29, was able to differentiate the three different coloured circles in every single test.

“I was jumping up and down,” Jordan told Veronique Greenwood from Discover magazine.

So if so many female children of colour blind men have four cones, why have we only been able to find one true tetrachromat?

For starters, the team was only looking within the UK. But the bigger issue that Jordan thinks most true tetrachromats would never need to use their fourth cone cell type, and so would never realise they had special vision.

“We now know tetrachromacy exists,” she told Greenwood. “But we don’t know what allows someone to become functionally tetrachromatic, when most four-coned women aren’t.”

Jay Neitz, a vision researcher at the University of Washington, who wasn’t involved in the study, thinks that it might take practice and specially designed hues to truly unlock the power of tetrachromats.

“Most of the things that we see as coloured are manufactured by people who are trying to make colours that work for trichromats,” he said. “It could be that our whole world is tuned to the world of the trichromat.”

In other words, the colours we use are so limited that the fourth cone cell never gets a work out.

The research on cDa29 hasn’t been peer-reviewed or published as yet, and Jordan is continuing her research and search for more tetrachromats.

There’s a lot more work to be done and Jordan’s results need to be replicated and verified. But if we can confirm that tetrachromats really do exist, it won’t just teach us about the limitations of human senses, it could help scientists develop better artificial sensing devices, and also help us figure out more about how vision works.

One thing we might never be able to understand, sadly, is exactly what the world looks like through cDa29’s eyes, seeing as it’s our brains that truly perceive colour – our cone cells just receive the data to be processed.

“This private perception is what everybody is curious about,” Jordan told Discover. “I would love to see that.”

None of us can’t even imagine what the world would look like, with a 100 million more colors.

But then again most high myopes have no idea what the world looks like, to us non-myopes (or the low myopes, even).  I keep thinking about doing a proper review of various diopter lenses with the tools used to test high end photography lenses.  You might be shocked how much lenses distort your perception of reality. 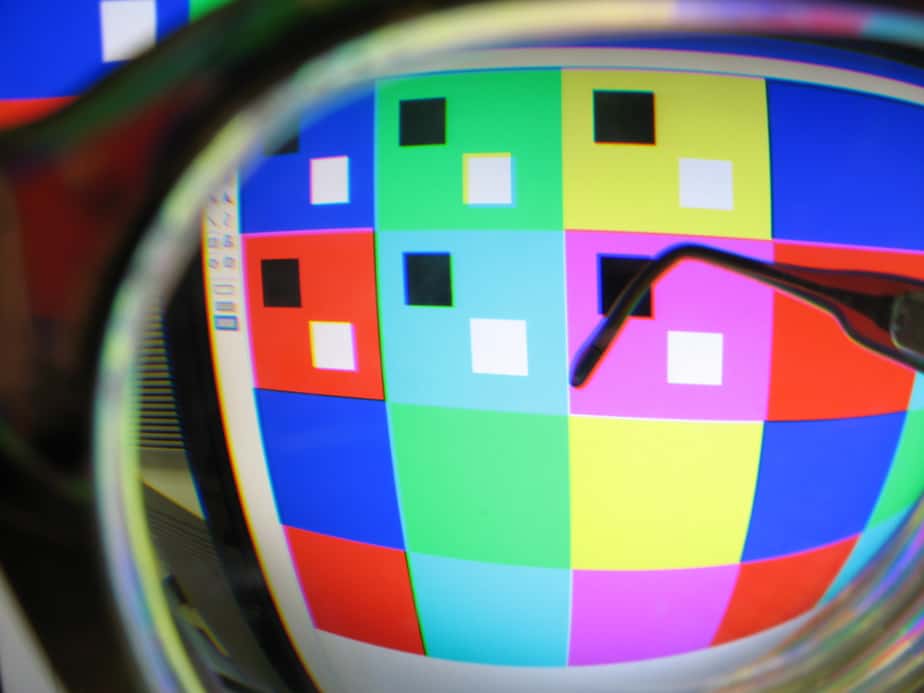 A skewed approximation of reality.

And the ironies of that, more numerous than I dare to get into, here.

Take care of those eyeballs!

Housekeeping:  We started using some more serious tools to deal with e-mailing the free course, and making sure that BackTo20/20 invites make it into the right hands.  This process isn’t going entirely smoothly.

My thinking was that we could use these tools, meant to create false scarcity (funny how that works), to deal with our own *actual* scarcity more efficiently.  I really only want to give out ten invites, and I really want to limit the sign-up window (weed out the procastinators, who are more likely to fail, which of course I like to curb).  Sadly, it’s not a bug-free experience (yet), so if you’re having trouble getting an invite, my apologies about the hiccups.  E-mail me if you experience issues.

More from How To's 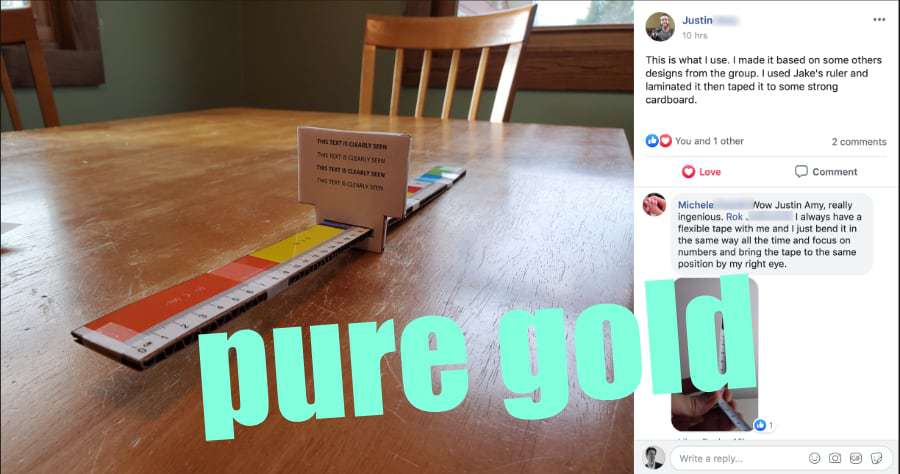 Can This Tiny Piece Of Paper Replace Your Optometrist?

Why Is My Eyesight Worse In: Low Light / Indoors / Dusk / Night Time