Just can’t wait to drop those diopters?  Are you smarter than the last of the living eye gurus?  Did you say hey whatever, I can hazz what I wantzz!  Drop the diopterzzz now! Good for […] 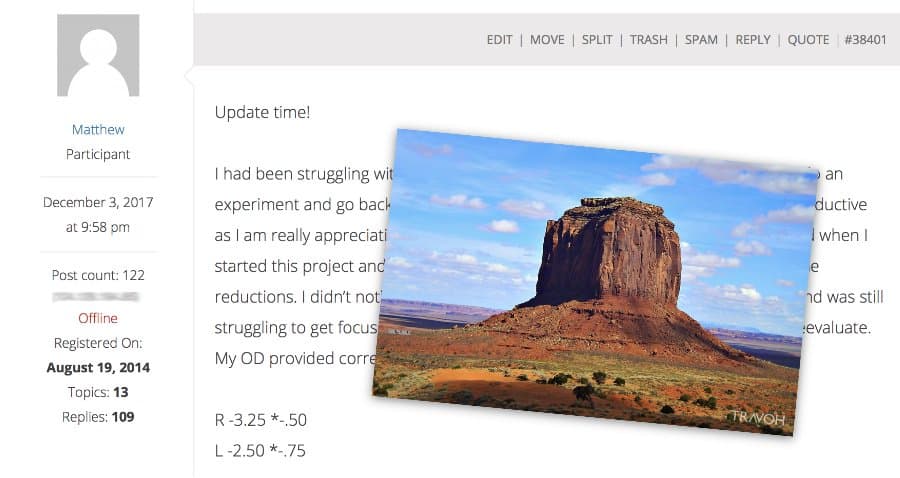 Just can’t wait to drop those diopters?  Are you smarter than the last of the living eye gurus?  Did you say hey whatever, I can hazz what I wantzz!  Drop the diopterzzz now!

Good for you.  Learning things the hard way.

But then again, that’s common.  Even a darling eye guru started out by reducing a -5 diopter needed correction to -3 diopters and then immediately setting off (with just those glasses) on a trip to Laos.  You’re in good company, if you too think the laws of biology don’t apply to you.

Even if back when a then wee-ly bearded guru made that diopter mistake, much of the holy book of endmyopia had yet to be written.

But now it has.  So now you can opt to not learn the hard way.

Here’s a great tale from student Matthew, posting in the BackTo20/20 support forum.  Not a screeenshot since it’s too long, and entirely worthwhile reading:

I had been struggling with the -1.00 glasses through September, so I decided to do an experiment and go back up to -1.25 around October 1. It seems to have been productive as I am really appreciating the clarity that I can get from the -1.25. I was so excited when I started this project and had such good initial success that I do believe I rushed the reductions. I didn’t notice at the time, but when I’d spent 5 months in the -1.00 and was still struggling to get focus, I tried to go back in my mind to the very beginning and reevaluate. My OD provided correction in November of 2014 was:

What I did was to map out what it would have looked like if I did reductions every 4 months, reducing astigmatism, spherical, equalizing, spherical…repeating all the way down to no glasses. Had I followed that, assuming .75 diopters per year and dealing with the other components, in August of 2017 I would have been on:

What I’m wearing now, -1.25 / -1.25, I wouldn’t hit until August of 2018. Now, while I don’t think that it will take that long for me to see 20/20 in both eyes with these glasses, it was helpful to me to look at it this way, because I was getting frustrated that it seemed like I couldn’t focus. Knowing that I have 8 more months before I should have even tried these glasses if I had gone with the slow route is quite relieving. This path does make the total time to 20/20 more like 6 years, but at this point, I don’t care anymore how soon I get there. I know that I will. In my mind, all this is based on a principle that I learned from decades as a musician: when things aren’t working, and your playing seems to be getting worse, take a break, then return to the last level where you know you were successful. Be honest with yourself in your assessment as to where you are, and look for areas to improve. As you gradually work back up to the level where you got stuck, you’ll get through it and play better than you did before. In projects that take years to complete, I have always found this to be a good approach.

Other observations: at this point, the glasses exist for me to give my visual cortex a frame of reference for clarity. I don’t need them so much anymore to provide the stimulus. I can do no glasses time and sometimes get decent vision and push myself for stimulus. When I get tired of it, I put the glasses on and once again, really focus on appreciating the clarity.

The issue I am having is with the patching. First, I tried doing it daily with a plus lens. Right eye seemed to get worse, quickly. I took a break, and then tried patching with no glasses, still daily. At that point, I was quite obsessed with making progress. My right eye vision still seemed to suffer. The best success I’ve had with patching is limiting it to 10 – 15 minutes at a time no more than 3 times per week. For whatever reason, though, I just don’t like doing it. Anyone have tips or things that have helped them with patching? I do check a few times a week on my eyechart to see how I am doing with the -1.25 in the right eye. It seems sometimes like if conditions are right, I can get myself to 20/20 in that eye, but when they aren’t right and I”ve done too much close up in a day, or eaten too much sugar, I get stuck on 20/70 or 20/60. I think time will bring more consistency with this.

The other thing to report on is that I have had another extended clear flash. I was driving home, again on an overcast day, and everything suddenly got so clear that I took my glasses off. I could read every single road sign, some quite far away. When I got home, I ran downstairs to look at my eye chart, and even in my right eye, I could read down to 20/30. With both eyes, 20/20 was no problem.

I’m sure that I’m on the right track. Though it appears my 20/20 goal will take longer than I was expecting, I will get there for sure. I hope everyone else is doing well…here’s to clearer vision in 2018!

No further questions, your honor.

The full thread for those who are BackTo20/20 members, is here.

Good news, you too can come to the conclusion that Matthew has.  Sometimes there’s a fork in the road, and we just end up taking the long way (while of course telling ourselves that this is a totally undiscovered shortcut).  As long as you get there in the end, it’s all good.

And of course by ‘there’, we mean Gainsville, of all your righteously well deserved 20/20 gains.

More from Nearsighted: How To's 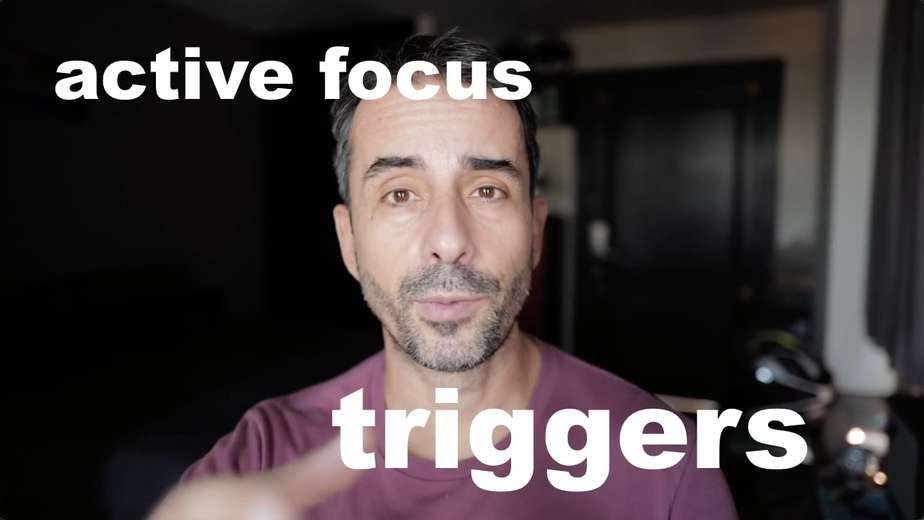 More from Nearsighted: How To's

How Fast Does My Eyesight Improve? When Can I Reduce Diopters? 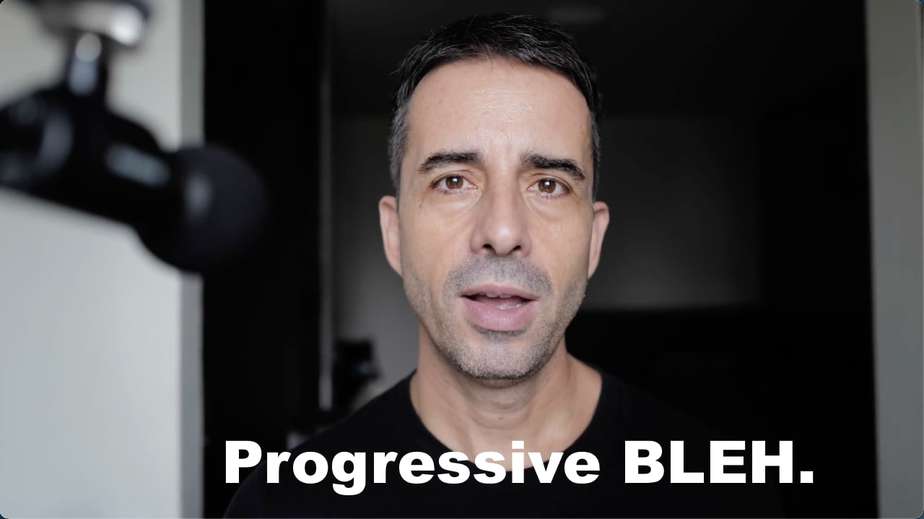