Your Myopia: A Gateway To Glaucoma, Cataracts, & Retinal Detachment

Let’s have a serious moment today, and look at prescriptions, and their long term consequences.   A whole lot of medicines are poisons to varying degrees.  They are beneficial to us, since they affect a specific […]

Let’s have a serious moment today, and look at prescriptions, and their long term consequences.

A whole lot of medicines are poisons to varying degrees.  They are beneficial to us, since they affect a specific part or organism which we can target at will.

Antibiotics kill a range of bacteria in the body.  We take them as prescriptions when we are affected by an infection our body is unable to resolve on its own.  Of course you wouldn’t take the antibiotic continually, only to deal with a specific, acute symptom.  One of the things we worry about with antibiotics is that their widespread use causes bacteria to adapt and become resistant to the antibiotics effects.

Or think about pain killers.  Pain killers interfere with the body’s ability to send messages about injury back to the brain.  Here also we are only using the drugs temporarily, otherwise we risk habituation, the need for increased doses, and serious side effects.

You can draw these parallels with many different kind of prescription drugs.  Mostly used for a specific acute symptom, temporarily, lest you be affected by long term side effects.

Glasses Cover Up A Symptom, Without Addressing Its Cause.

You probably already know that myopia actually starts out as pseudo myopia, a muscle spasm.  The symptom is blurred vision, but the cause is muscle fatigue.  You know what comes next.

We don’t stop using this symptom managing prescription.  We just keep wearing the glasses, day in, day out, all while ignoring the cause of the symptom.  And what happens?  Exactly what happens when we continually use any sort of prescription drug.  The body becomes habituated, and we need more of the prescription, to continue suppressing the symptom.

It’s really rather obvious, if you think about it.  What if you keep taking pain killers?  You’ll start to need more and more.  And eventually, the side effects get to be problematic.

Glasses are shrugged off as benign prescriptions, because you aren’t being told of the side effects.

If you don’t want to know what glasses, if you continue to accept increasing prescriptions will do to your eyes, then better stop reading now! 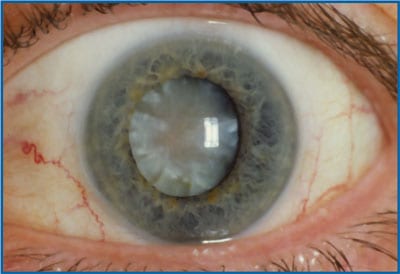 Your risk of developing cataracts increases as your myopia increases.  Here, an excerpt of a study published in the Journal Of The College Of Optometrists: 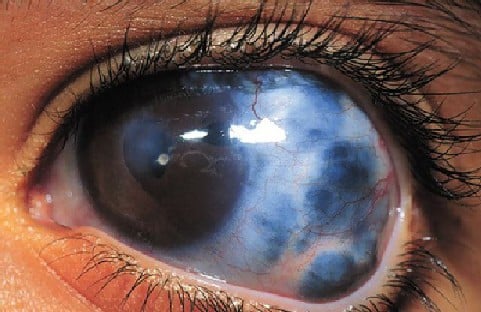 Your risk of developing glaucoma may more than double, if you have moderate to high myopia:

Myopic eyes are structurally different from emmetropic eyes: myopic eyes have longer axial lengths and vitreous chamber depths (Scott and Grosvenor, 1993). Eyes with increased axial length appear to have higher cup–disc ratios (CDRs), increased optic nerve fibre layer defects and possibly greater deformability of the lamina cribrosa, leading to higher susceptibility to glaucomatous optic disc changes (Fong et al., 1990). The glaucoma–myopia association has been described in case–control and cross-sectional studies in Europe, Asia, Australia and the USA, but its effect on incident glaucoma has not yet been evaluated in prospective cohort studies (Table 3) (Daubs and Crick, 1981; Ponte et al., 1994; Mitchell et al., 1999; Grodum et al., 2001; Yoshida et al., 2001; Wong et al., 2003). As the temporal relationship between glaucoma and myopia is not well delineated, a cause-effect relationship between myopia and glaucoma cannot be established. The definitions of primary open-angle glaucoma (POAG) differed and refraction measures were assessed by autorefraction (AR) or subjective refraction (SR). All studies found associations of glaucoma with myopia in patients aged 40 years and older [Casteldaccia Eye Study (n = 264): OR = 5.56; Beaver Dam Eye Study (n = 4670): OR = 1.6] (Ponte et al., 1994; Wong et al., 2003). Several studies showed that glaucoma risks increased with more severe myopia. The OR of glaucoma for moderate myopia was 3.3 in the Blue Mountains Eye study of 3654 adults while glaucoma rates increased with increasing myopia in logistic regression models (regression coefficient –0.373, p < 0.001) in 32 918 Swedes (Mitchell et al., 1999; Grodum et al., 2001). In Japan (n = 64 394), there were positive associations between the strength of myopic refraction and the prevalence of OAG for specific age-gender groups (p < 0.001 in men and p < 0.001 in women) (Yoshida et al., 2001). For example, in women aged 65–74 years, 5.4% of those with moderate-to-high myopia had OAG in contrast to 2.0% of those with hyperopia. 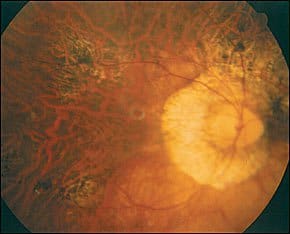 There are a myriad other, potentially severe complications that arise directly from moderate to high myopia:

Increased axial elongation in myopes may lead to mechanical stretching and thinning of the choroid and retinal pigment epithelium with concomitant vascular and degenerative changes (Pierro et al., 1992). A myriad of chorioretinal abnormalities associated with myopia have been evaluated in one case–control and five cross-sectional clinic-based studies. These abnormalities include retinal breaks, chorioretinal atrophy, Fuch’s spot, lacquer cracks, pigmentary degeneration, lattice degeneration, posterior staphyloma and white without pressure (Table 4) (Hyams and Neumann, 1969; Curtin and Karlin, 1970; Karlin and Curtin, 1976; Celorio and Pruett, 1991; Pierro et al., 1992; The Eye Disease Case–Control Study Group, 1993; Yura, 1998). Data of associations of prevalent retinal abnormalities with varying AL (n = 3), presence of myopia (n = 2), as well as the severity of myopia (n = 1) are available. However, these findings are derived from clinic-based populations and have yet to be confirmed in population-based cohort studies of incident retinal abnormalities. Ideally, population-based cohort studies describing the association between myopia and incident chorioretinal abnormalities should be conducted to provide valuable data. 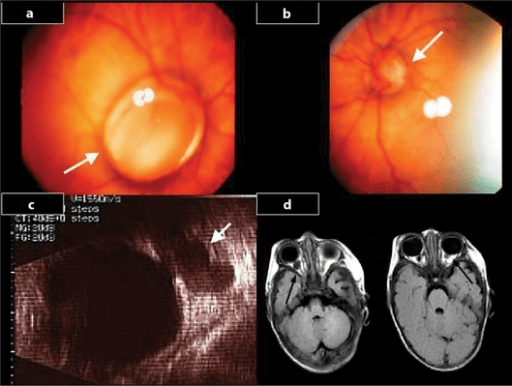 And it’s not just the retina that is affected by increasing myopia and the well documented associated elongation of the eyeball.  The optic disk too, is getting significantly stressed by the condition:

It All Starts With A Small Prescription Lens.

Nobody starts out with a -5.00 diagnosis.  We all begin with pseudo myopia, a simple focusing muscle strain.  That small -1.50 prescription, that seems like no big deal.  It’s not until we continue to ignore the root cause for years, and continue to cover up the symptom with lens wear, that progressive myopia starts to significantly affect our vision health.

There is always a price to pay for using prescriptions beyond a small time window, to deal with an acute problem.  There is no free ride.

The real issue with all of this is choice.

If you know about the health risks, the potential consequences of that prescription, then you can decide for yourself wether the quick vision fix is worth it to you.  Many people know that fast food is bad for their health and eat it anyway.  You can smoke cigarettes, but hardly without being made aware of the side effects.

That’s what we need for glasses.  We need that long list of side effects included in the box, some of which we looked at above.  We didn’t cover the psychological consequences of myopia yet, though you probably are already well aware.

The good news from all this is that none of those problems have to affect you.

Get on the program, start reducing your dependence on prescriptions.  A modest diopter a year is plenty to get you out of the danger zone and reduce the chances that you’ll ever be faced with a serious diagnosis. 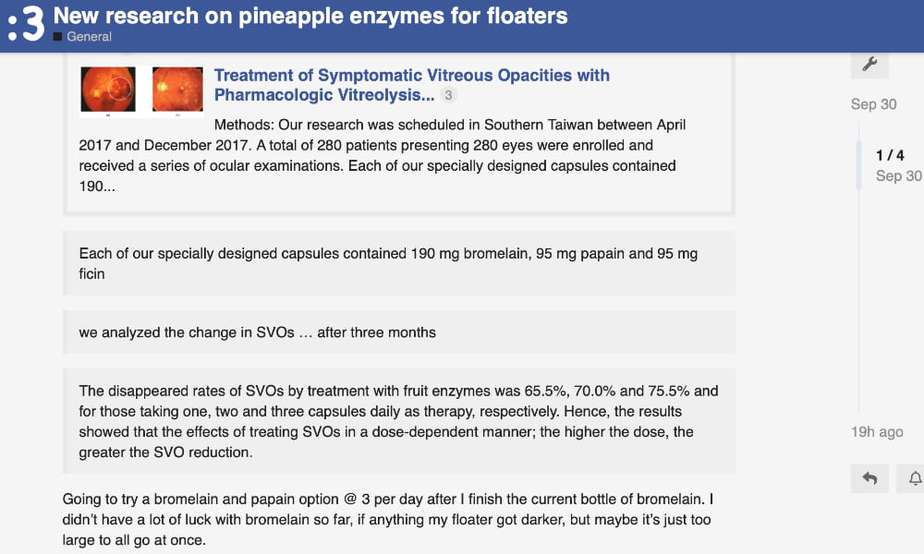 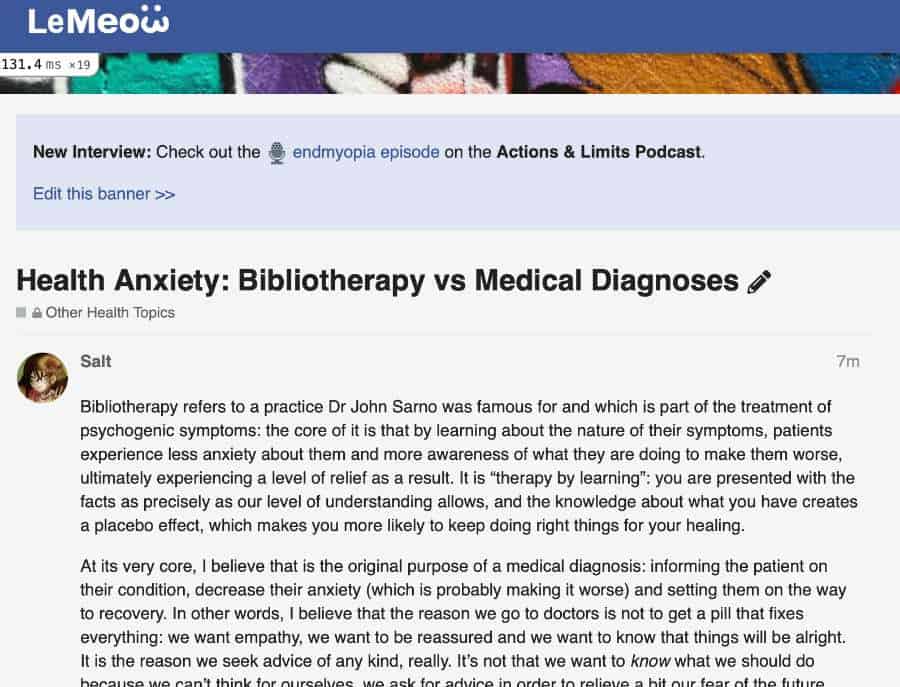 Health Anxiety: Why Learning About Your Eyes Is Therapeutic